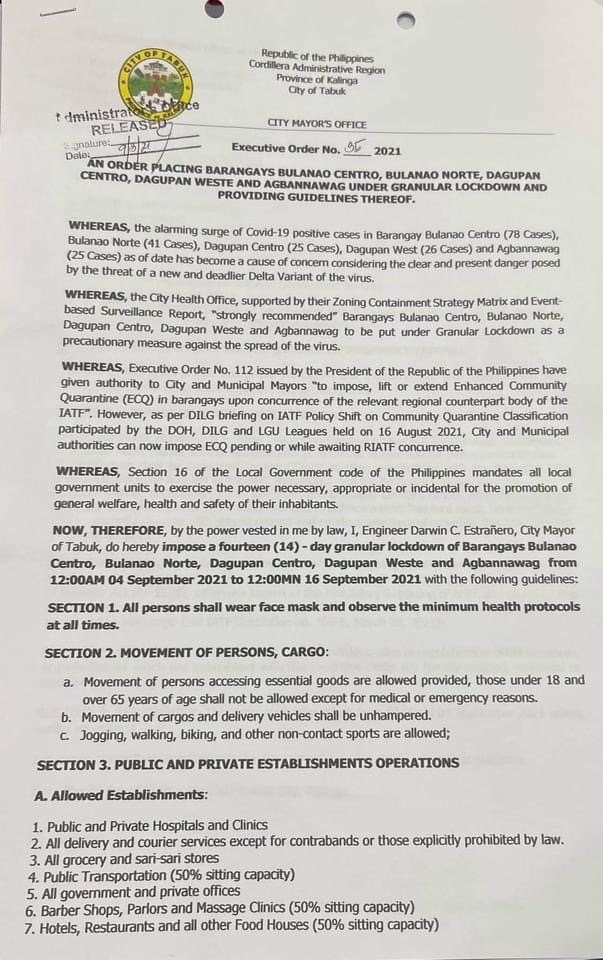 TUGUEGARAO CITY-A 14-day granular lockdown in five villages in Tabuk City in Kalinga province has been enforced from September 4 at 12:01 a.m. until midnight of September 16.

Lacnog East was earlier placed in a lockdown on September 2 at 12 a.m. to September 14 at 12 midnight.

The mayor has barred residents who are below 18-years-old and those over 65-years-old from going outside their homes.

However, jogging, walking, and other non-contact sports were allowed.