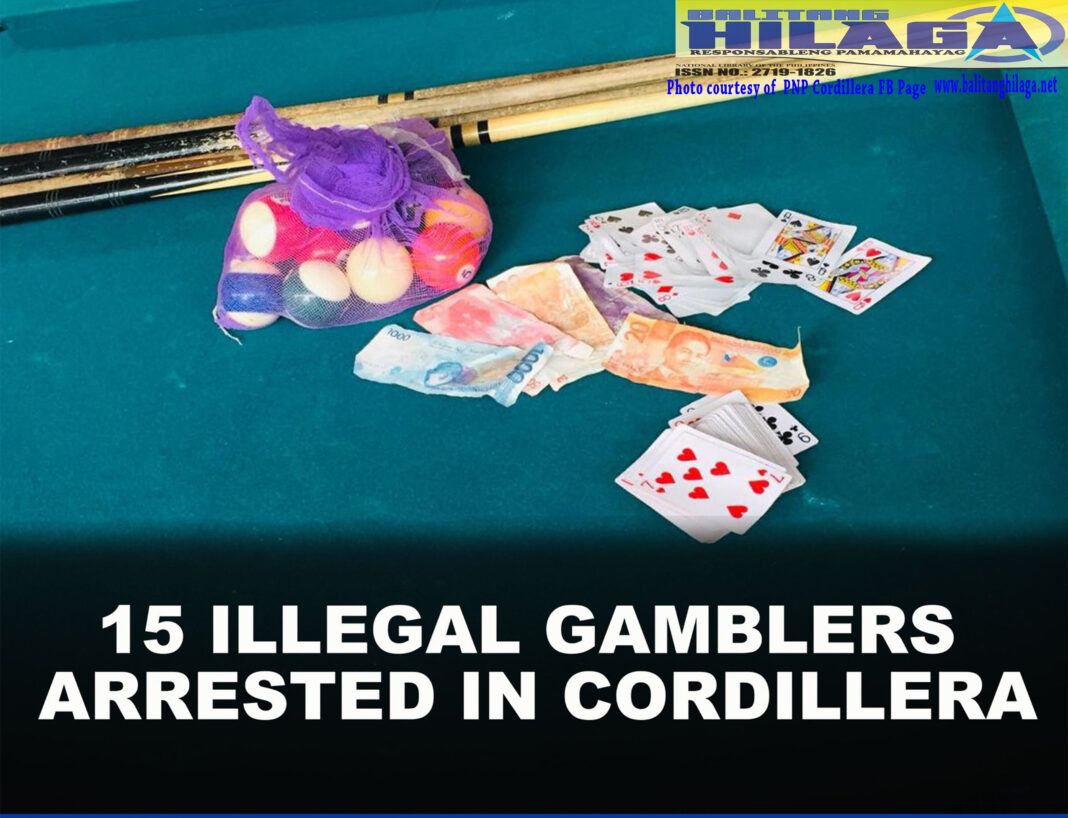 In an operation against illegal gambling, fifteen people were arrested for violation of PD 1602 in Abra, Baguio City, and Kalinga on August 27 to 29 this year.

In Abra, police operatives conducted anti-illegal gambling operation that resulted in the arrest of three individuals. The suspects were identified as Feliciano Requino, 68-year-old; Alberto Queza, 57; Melina A. Astudillo, 47, and Angelina Castillo, 60, all of Bangued, Abra. They were caught in the act of playing “pusoy” in their village.

Pieces of evidence confiscated and arrested suspects were brought to the respective operating units for proper disposition while appropriate charges for violation of PD 1602 (Illegal Gambling) is being prepared against the suspects. (Info from PROCOR-PIO)