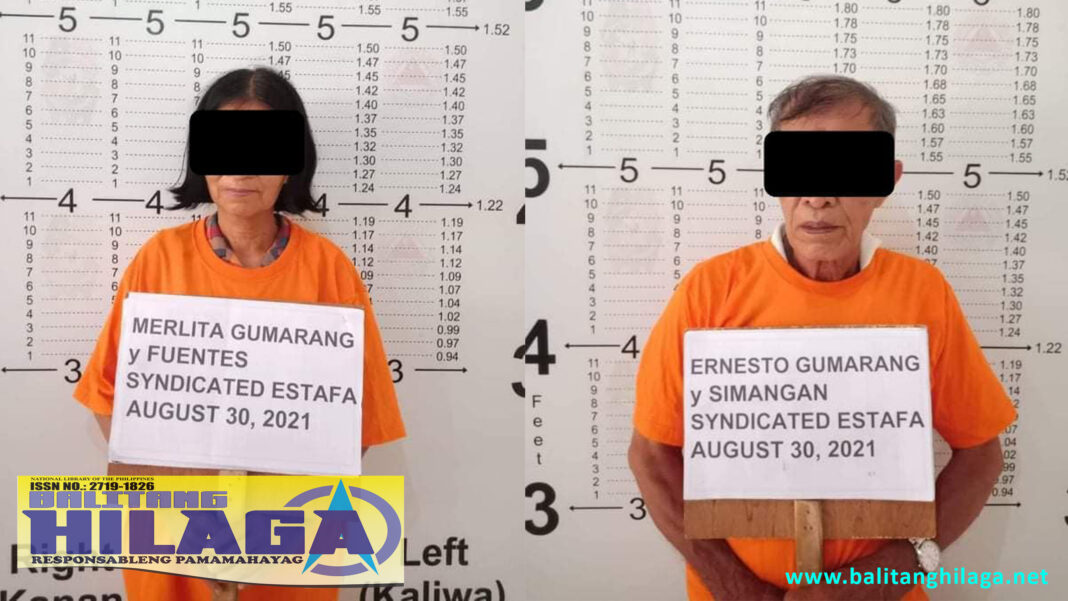 TUGUEGARAO CITY – Two supervisors of an investment scam were arrested in an entrapment operation by police authorities in Barangay Annafunan, Echague, Isabela recently.

The suspects who claim to be supervisors of Interim National People’s Initiative Council were caught in the act of engaging in investment scam and soliciting funds from the public without any authority or company registration from the SEC.

Police report reveals that the suspects representing the said unregistered entity solicited membership fees from their victims in the amount of P400.00 each with the promise that their money will earn P30,000.00 to P1,000,000.00 to be paid in December 2021.

The inventory and marking of the pieces of evidence were done in the presence of the suspects duly witnessed by Barangay Kagawad Bolvin Babaran and Barangay Tanod Ramil Rubio, both of Barangay Annafunan, Echague, Isabela.

The suspects were brought to CIDG Santiago City Field Unit for documentation and filing of appropriate cases of Syndicated Estafa against them.

The operation stemmed from complaints of eight individuals who claimed to have fallen victims to the scam. Further probe is underway for the identification of other possible victims of the said scam.