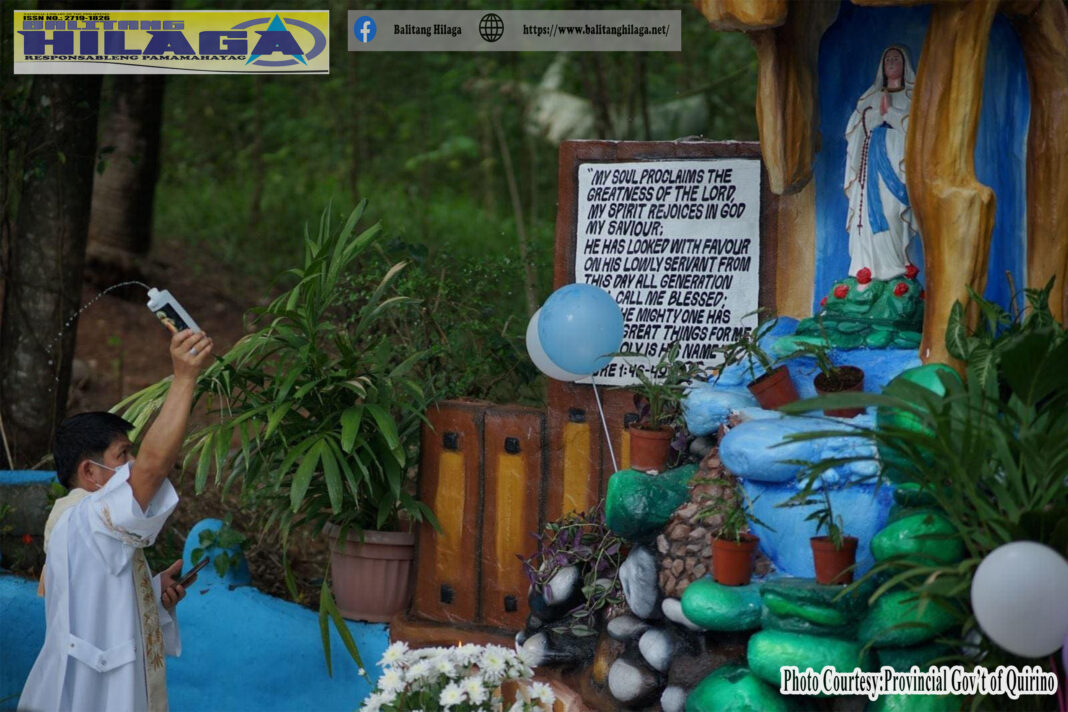 To mark the 50th Anniversary of the Province of Quirino, several non-government organizations offered gifts to the province.

The Couples for Christ-Quirino, headed by Arnulfo Ringor, restored an abandoned grotto near Hostel B of the Quirino Watersports Complex as their gift to Quirino on its 50th birthday.

Fr. Johnny Valdez blessed the Grotto of the Lady of Lourdes which was attended by Ms. Midy Cua and some officers and members of the Couples for Christ. The restoration of the grotto was also an offering of the organization to the Blessed Virgin on her birthday which is celebrated every September 8.

The Mamparang Lions Club of Quirino headed by Francis Acosta, and the California-based Embarcadero Lions Club, gifted the province with four Balikbayan Boxes of life vests for the PDRRM, Quirino Watersports Complex and Tourism Office. The turnover of the life vests was witnessed by Quirino’s First Lady, Midy Cua.

The life vest project was initiated by Lioness Maryrose Pascua Barnhurst of the Embarcadero Lions Club.

The Manila Jaycees will be planting trees in the Capitol Legacy Tree area as part of the 50th Anniversary celebrations on September 15. The organization will also donate equipments for our Bantay Gubat to strengthen their forest protection works.(PLGU-Quirino)