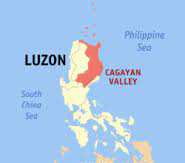 The materials were discovered Tuesday in Sitio Angkiram, Barangay Sicalao, and brought to the 17th Infantry Battalion headquarters in Alcala for disposition.

Pamittan said rebels belonging to the Komiteng Rehiyon-Cagayan Valley of the New People’s Army own the items.

A former rebel led the Army soldiers to the war materiel, Pamittan said.#