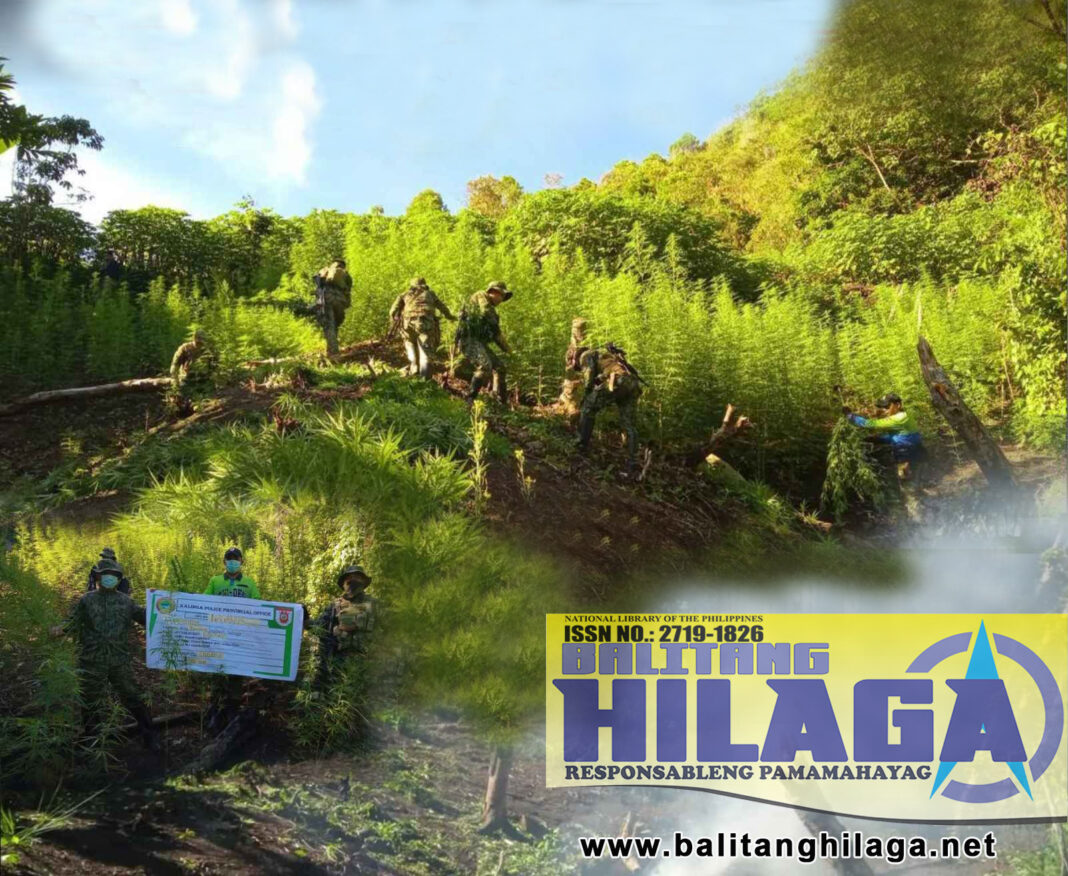 TABUK CITY-Fully grown marijuana plants worth P21.5 million were burned in three separate farms in Kalinga province, the Philippine National Police-Kalinga said. The PNP said a total of 107,500 marijuana plants in an estimated 6,000-square meter land area were uprooted and burned on site.

The cannabis plantation sites were located in Barangay Loccong in the Tinglayan area. Police said at least 37,500 plants in an estimated land area of 2,500-square meters valued at P7.5 million were burned in one site.

The operation was led by the Philippine Drug Enforcement Agency, local police and drug enforcement units in the region. No cultivator was arrested during the operation.(PNP-Kalinga)