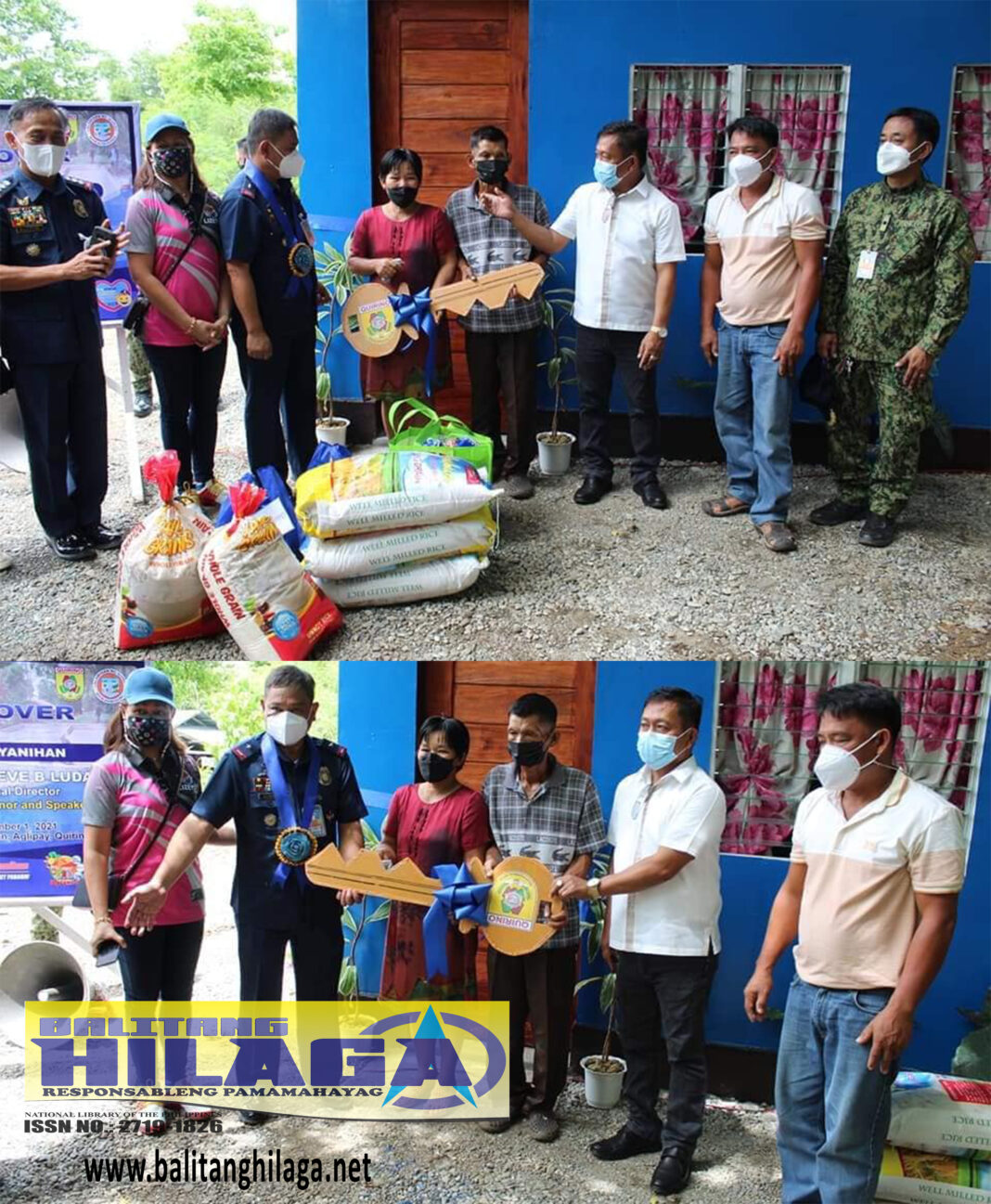 Regional Director Ludan in his speech recognized the selfless and constant support of the Local Government Units and stakeholders from the province. He emphasized that the Valley Cops are only serving as the channel of blessing from the generous and kind-hearted individuals and groups that continue to lend assistance to the programs of the PNP. The Regional Director also reminded everyone on the need to prioritize one’s health amid the threat of the COVID19 Delta variant in the community.

The successful endeavor of the Quirino Cops is also in line with the banner program of Quirino Police Provincial Office dubbed as Project ROMMEL which stands for “Roll-Out, Mingle and Mobilize Elsewhere in the Locality”.

The beneficiaries were tagged as among the less privileged families in the province of Quirino.

As of this writing, the Valley Cops have already turned-over a total of ninety-nine “Pabahay” Projects in the entire region.#