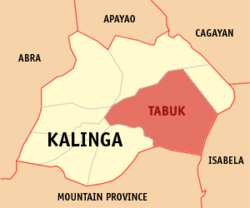 TUGUEGARAO CITY––Vice Mayor Bernard Glenn Dao-as of Tabuk City in Kalinga province on Tuesday accepted his 1-year suspension without pay, which was handed down by the Office of the Ombudsman after he was found guilty of “conduct prejudicial to the best interest of the service.”

The Ombudsman said Dao-as was “administratively liable” for the illegal conversion of agricultural land into a commercial lot, which he bought when he was the village chief of Appas Centro in Tabuk several years ago. The case was lodged by a certain Jude Clint Escario against Dao-as.

Dao-as did not issue any statements about his suspension but his camp said he already filed a motion for reconsideration, which is pending at the Ombudsman. The charge for grave misconduct, which was also filed against Dao-as, was junked for “lack of substantial evidence.”#