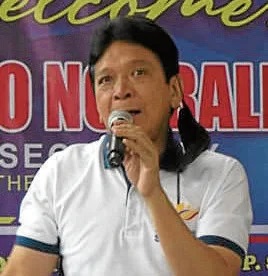 TUGUEGARAO CITY––Mayor Jefferson Soriano filed on Wednesday his certificate of candidacy for the mayoral post of this city.

He cited the Supreme Court ruling that the “involuntary interruption” of his service caused him not to finish the three terms as required by law.

“There is an involuntary interruption of my service as the law says three full terms. If a disqualification case will be filed against me, I would be ready to answer them,” he told the Inquirer in an interview.

The mayor, a retired police general, had faced corruption charges and suspension related to the alleged anomalous purchase of helicopters by the Philippine National Police in 2009 when he was the deputy chief for operations of the PNP. The case is pending at the Sandiganbayan.

On Aug. 20, 2014, the Office of the Ombudsman dismissed him from service as mayor for grave misconduct when he closed streets in 2013 during the local fiesta dubbed “presyo-agawid” flea market.
Soriano was accused of giving a special permit to a stalls operator without securing approval from the city council.

After a seven-month absence from his post, the Sandiganbayan junked the case and reinstated him as mayor in September 2017. The Sandiganbayan said Soriano was authorized to issue a “provisional permit” due to urgency, but this is subject to the city council approval. Aside from his inaugural 2013 win, he also won in the 2016 and 2019 elections.#