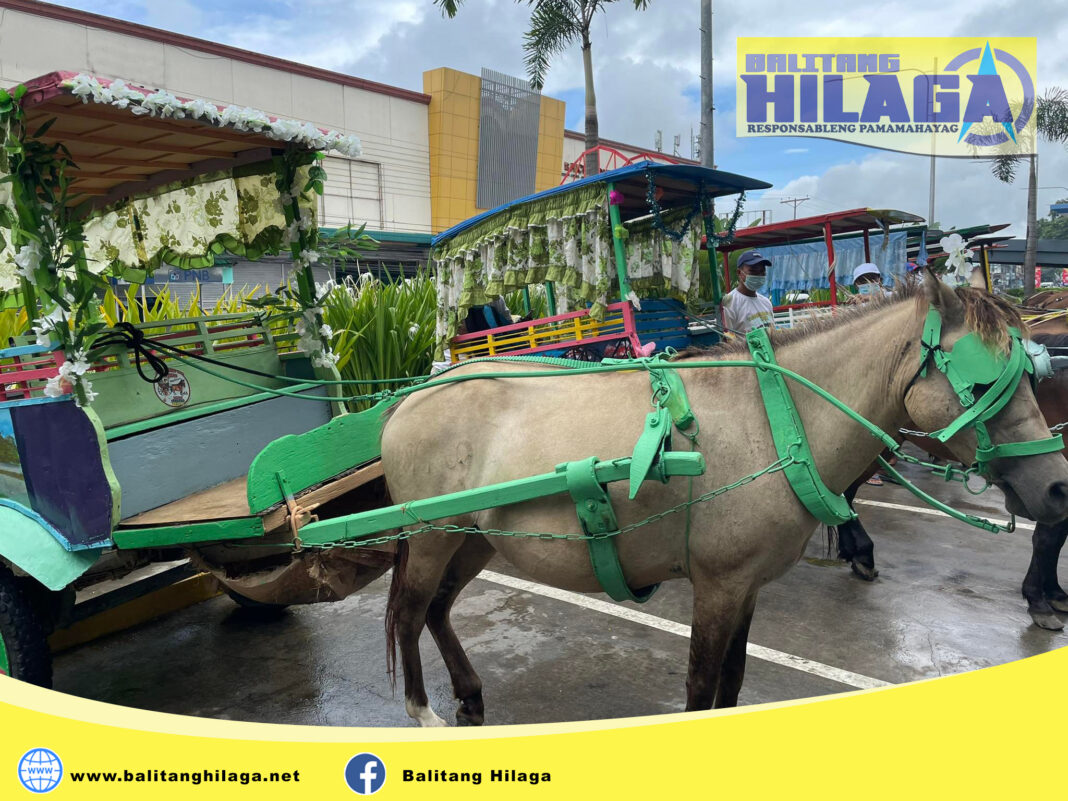 TUGUEGARAO CITY – Operator Fidel Catulin Jr. brought home PHP10,000 cash as he and 19 other operators were cited for being the best painted and decorated “calesas”, or the two-wheeled horse-drawn carriage, in the Pavvurulun Afi Festival’s event in front of a private mall here on Friday.

Catulin said he almost spent nothing in painting and decorating his calesa as benefactors in his village in Larion Alto and city officials donated paints, brushes and other materials.

He and other operators painted historical sites identified with this city and Cagayan Province, as well as its popular food and handicraft citing the culture, tradition and heritage of the Cagayanos and Tuguegarao folk. The event has perked up their calesas as tourist attractions and secondary transport in this city, he added.

Aside from Catulin, other winners include Tirso Paddayuman and Marlon Langcay who took second and third places with PHP7,000 and PHP5,000 prizes, respectively. Seventeen other calesa operators received PHP2,000 consolation prize each.

Tuguegarao is a third-class component city status with 166,334 people in 2020 census. The festival represents unity and fire, which symbolize peace and progress, according to Evangeline Calubaquib, festival organizer.

Ecstatic with his victory, Catulin said he would use the prize money for his family’s basic needs and his children’s school supplies.

City Mayor Maila Ting-Que said the calesa has been a primary mode of public and private transportation during the Spanish times but it survived until today as tourist attractions.

Researches said Tuguegarao was founded on May 9, 1604, as a “mission-pueblo” with the new vicar Fray Tomas Villa, O.P. initiating the construction of a temporary church housing Saints Peter and Paul as patron saints. In the 1720s, Father Antonio Lobato, O.P. developed a layout of street network together with the construction of the cathedral.

In 1839, the provincial capital was transferred to Tuguegarao from Lal-lo as the Cagayan-Manila road network was opened.

In 1975, Tuguegarao was declared as the capital and seat of the regional government of Cagayan Valley and its skyline has improved in the 1980s and 1990s. It is now the major urban center and primary growth center in the Northeastern Luzon, regional center of Cagayan Valley and also its institutional and administrative center. One of the fast emerging cities in the country, Tuguegarao is a convergence area for the provinces of Cagayan, Kalinga, Apayao and northern Isabela.