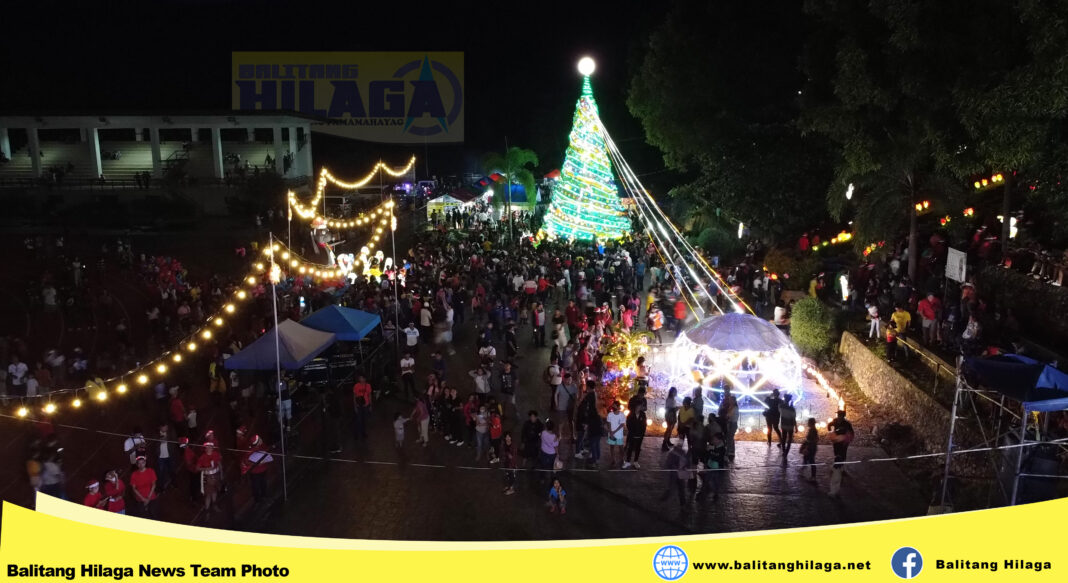 CABARROGUIS, Quirino: Amid glowing lights highlighting a three-week Christmas variety fair, the 10th Paskuhan sa Quirino opened on Friday (Dec. 9) night at the capitol compound at 7:30 in the evening here.

“We highlight our own handicraft, customs, culture, and traditions with exhibit booths adorned with ethnic motifs from the province’s indigenous peoples such as Bugkalots, Agtas, Igorots, Kalingas, lIocanos, among other tribes and groups,” Governor Dakila Carlo Cua said.

First hatched in 2012, the annual event has been a way to attract residents and tourists in visiting the holiday sites, he added.

A street parade capped the start of the opening while about 2,500 people flocked to the lighted decorated cathedral, photo station, lighted Santa and Reindeer, kiosks, giant Christmas tree, giant Belen, and giant Bear.

Nelma Uao, Cabarroguis tourism officer and exhibitor, told the Manila Times that their town officials and other participants ensured that the materials used were recycled, indigenous, and biodegradable.

Cultural dances and practices by tribes who wore ethnic attires and used local musical instruments were also shown to spectators.

Uniqlo, SM foundation turn over a handwashing facility to CNES